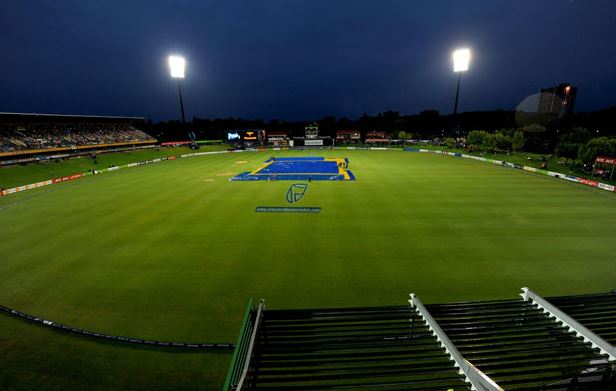 Situated in the heart of Bloemfontein, this South African stadium has had quite a few name-changes due to sponsorship, it was previously known as the Outsource Oval and Goodyear Park. As the home grounds of the Chevrolet Knights cricket team, it is mostly used for cricket matches. It is well situated and offers seating to around 16,000 individuals, while the grounds offer spectators spacious grass embankments, accommodates 20,000 spectators and the great location is extremely popular with those wishing to relax in the sun, while the entire family can enjoy the day. Several bars and kiosks ensure everyone can enjoy their favourite refreshment and enjoy watching a great game of cricket.

To ensure everyone gets the best possible view of the match, Chevrolet Park feature a variety of seating options, on the western and eastern side spectators, get to enjoy the grass embankments, the main stand offers eleven suites, including the presidential suite, and the roof garden, there is also twenty-one centenary stand suites, several chalets and an incredible play are on the northern side perfect for children to play, since it offers loads of fun via several pieces of equipment perfect to keep the youngsters occupied.

Additions and Renovation in 2009

Chevrolet Knights got to fine-tune their skills once the new indoor centre was added in 20, the upgrade and additional facilities include a media centre as well as four bowling lanes. The net practices can take place in the areas at the back of the centenary stand, and it is the first stadium to provide artificial run-up for the nets in South Africa. The sporting complex covers a large city block and offers several facilities for athletes in catering for swimming, tennis, cricket, hockey, rugby and athletic practice and training.

Chevrolet Park is used for several domestic games and a limited number of international matches and is a great stadium for One Day wickets, and night events due to the excellent flood nights, which is why it has been used for six test matches.

It is here where Colin Ingram was the first South African to achieve an ODI century. It is also where Hansie Cronje enjoyed his greatest innings back in 1994 when he became famed for smashing 251 against Australia when he hit 28 fours as well as six sixes. In November 200, Allan Donald became known at Chevrolet Park as the first South African to take 300 test wickets.

Now known as Mangaung Oval, the previously known Goodyear Park, Springbok Park, or Chevrolet Park continues to welcome over 20,000 spectators since it was first opened in 1989. Currently, the stadium is owned by the Mangaung Metropolitan Municipality and home to the cricket team of the Free State. Situated close to the city centre, a 10-minute walk is all it takes from the coach station, which is a great benefit for spectators who wish to leave their cars at home and enjoy a day of complete relaxation.