Coca-Cola Park in Johannesburg, South Africa.is what Ellis Park Stadium, also known as Emirates Airline Park, was called from 2008-2012. After the five-year sponsorship deal ran out with Coca-Cola, the name was pulled by the stadium, which has held many rugby matches, soccer matches, and rugby. The park is also known for the biggest stadium disaster in South Africa when in 2001 43 people died in a stampede.

In 2001 in a soccer match between the Kaizer Chiefs and Orlando Pirates where 43 people were crushed to death in a stampede. There were reports that 120,000 people were in the stadium, which was well over capacity. When the Orlando Pirates tied the match, more people tried to find seats and see the action, which only made the stampede get bigger. The untrained security guards fired tear gas into the crowds, but that only made the situation worse. After the disaster, it came out the security guards were bribed to let people into the stadium even though they did not have tickets.

There was another incident at Ellis Park Stadium in 2007 when high winds blew some of the signs on the pitch of a soccer match. Three players were hit as was a linesman and after play resumed the match was called soon after because of the terrible weather. 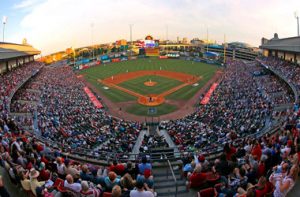 Ellis Park, formerly Coca-Cola Stadium, has been the place where many international sporting events have taken place. The 1995 Rugby World Cup was hosted by South Africa, and 65,000 fans saw South Africa beat New Zealand 15-12 in extra time in the final. Ellis Park was also one of the group venues for both the 2009 Confederations Cup and the 2010 World Cup. Nearly $40 million in renovations was done to the stadium before the World Cup. One of the quarterfinal matches was held there with eventual champion Spain defeating Paraguay 1-0.

Ellis Park has also seen some of the biggest names in the music business hold concerts there. Whitney Houston (1994), the Rolling Stones (1995), and Eminem (2014) have also played there. Houston played there in The Bodyguard World Tour with that concert being recorded and sold on video as Whitney: The Concert for a New South Africa.