The Loftus Versfeld Stadium was created especially for rugby and soccer matches. It is located in Pretoria, Gauteng, South Africa and it is known for its whopping seating capacity of 51,762. This stadium is currently owned by the Blue Bulls Rugby Union as has been the home grounds for the team since its opening in 1923. 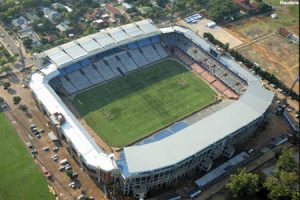 While the stadium’s name is interesting – it was actually named after Robert Loftus Owen Versfeld. He was the founder beginning organised sports in Pretoria – which created a legacy that is still seen today. Originally when the stadium was created in 1923, it only had the ability to hold just around 2,000 seats. Although, as time went on and more games and events were hosted there, changes were made to the stadium.

Ten years after its opening, the stadium officially gained its current name to honour the late Loftus Versfeld. After the name change, the stadium has been no stranger to new developments and stylish modifications to keep it modernised. The most noticeable time for the development changes was in the 1970’s once the stadium went through several different expansions. Once the 1980’s arrived – the stadium had already begun to resemble its current look and size.

Once the stadium was selected to host the opening games for the 2010 FIFA World Cup, it went through another refurbishment which increased the seating capacity along with cleaning and renewing field.

Other than hosting an array of soccer and rugby games – the Loftus Versfeld Stadium has been a host to other events as well, mainly concerts and boxing matches. When Celine Dion performed during her 2008 Taking Chances Tour the stadium had an impressive attendee rate of over 80,000. Other acts, such as a concert held by UB40 along with Robbie Williams Tour in 2006 – the stadium was filled with nearly 56,000 music fans. 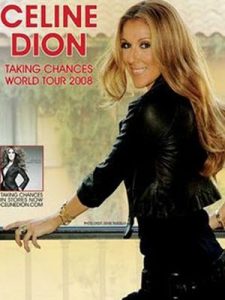 One of the most icon events held in the stadium was the boxing match between the American heavyweight champion John Tate and the South African heavyweight Gerrie Coetzee. Over 80,000 attendees filed the stands – most rooting for the local boxer Coetzee. Despite the massive amount of support from the crowds and performing in his home country, he still lost.

Currently, there are no events that will be held at the stadium during the rest of the current year.