Part of the preparation services also including a website created by the marketing council of the country to provide journalists with everything they need to know more about the country, which was vital in attracting more tourist during the world cup. 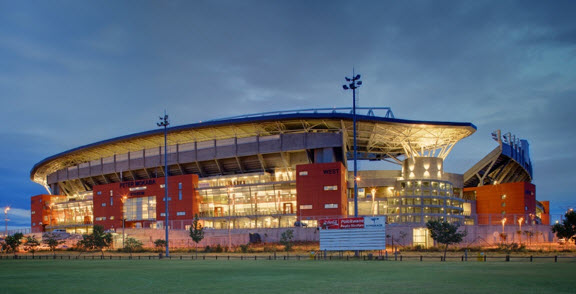 The Peter Mokaba Stadium was built in Polokwane, which was previously known as Pietersburg in South Africa. It was built specifically for the 2010 FIFA World Cup, and it has a 45,500 capacity. Although this capacity was reduced when used for the world cup matches to 41,733 as some of the areas were reserved for officials. The stadium is named after the former ANC Youth League leader Peter Mokaba.

The stadium is located only three kilometres from the Polokwane city centre and east of the older Peter Mokaba Stadium. It was one of five stadiums build from the ground just before the 2010 World Cup. Initially, the pans were to upgrade the already existing Peter Mokaba Stadium, although these plans were abandoned and a new stadium worth R1,245,000,000 ZAR was built only 3 km from the existing one. 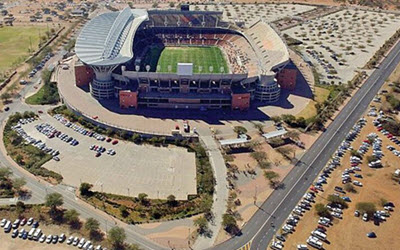 The Peter Mokaba stadium was intensely used for training and matches, and it was decided to reinforce its natural grass with artificial fibres, which ensures the field offers a level and stable surface of Desso GrassMaster.

The first event ever hosted at the stadium was the Peter Mokaba Cup on the 23rd of January 2010. It was a friendly tournament played against four different teams, which also served as the opening or the brand-new stadium. The team’s part of the opening including Kaizer Chiefs, Brondby, Wits and Supersport United. The first international game that was hosted by the stadium was between Guatemala and South Africa on the 31st of May 2010 in which South Africa won. A few football matches took place on the 20th of November 2010 between Kaizer Chiefs and Telkom. When it comes to rugby the stadium hosted a rugby union match on the 30th of January 2010, it was a Super 14 warm-up for Lions and the Bulls.